Twins Get "W" in Extras

In a match with plenty of intrigue, Twins end 5 game slide. 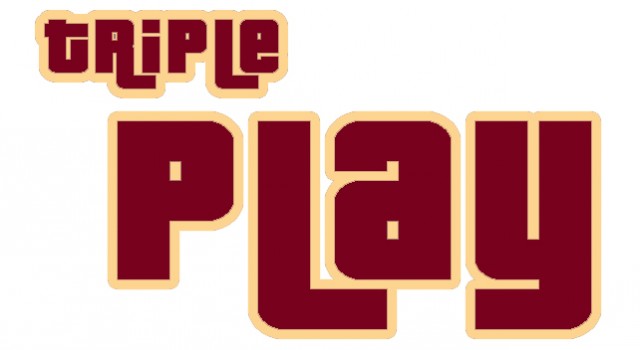 There hasn't been a lot to cheer about in Twinsland lately. After losing 5 straight, all you could really count on from the boys in blue and red was a workmanlike attitude and the pregame professionalism we're all accustomed to, but this game would be a little different.

The Twins were up 7-6 in the bottom of the 5th, with the Mudcats threatening. There were runners on first and second, with none out and their clean-up hitter at the dish. Tor Bogwald wound-up to deliver the pitch as both runners took off for 2nd and 3rd respectively.

The ball came off the bat like a missile.

Second baseman, Jeff Morberg, hauled in the explosive liner like the world's largest garden gnome decided to play tight end... and wasn't afraid to make plays over the middle. 1 out. Thinking quickly, he made a decisive 3/4 arm slot delivery to first. 2 out. With the ball safely in the glove of first baseman, Blake Hurdle, the runner from second put on the brakes rounding third with only a vague understanding of how drastically wrong the situation had turned for his team. Now - Hurdle has all the time in the world to make this throw as shortstop, Patrick Knowles, calls for the ball in frantic excitement. He's made this throw hundreds, if not thousands of times before, but never to complete a play like this. The ball is sailing dangerously high, but he hasn't thrown it all that hard. He can hardly watch as Knowles reaches above his head to make the final catch on an inning ending 4 to 3 to 6 TRIPLE PLAY.

Morberg opened the 7th with a booming shot to the left center and followed that with a dazzling display of, what can only be described as, the rare "double trot". Morberg would be lifted for pinch runner, Adam Lee, who would later score. The Mudcats, however, would not go down quietly; scoring 2 runs in the bottom of the inning to force an 8th and deciding frame. Unphased by the blown save the Twins came up with a 5 hit 3 run effort in the inning, catalyzed by a tomahawked opposite field double by INF/OF Jamal Magid. Chartrand would shutdown the Mudcats in 8th as the Twins ended their 5 game slide in dramatic fashion with an 11-8 win over a strong Mudcats' lineup.

COMMENTS
This article has No Comments.
Be the first to add your comments!
Click the "Post a New Comment" button below.
firstname lastname commented Just Now
×
"body"


Inappropriate comments will be removed by League and Team Managers.

External links are provided for reference purposes. Twins is not responsible for the content of external Internet sites.
Copyright Twins All rights Reserved.
Sports League Management Software by LeagueToolbox